Cartagena, 20 November 2019 - The General Assembly of the Spanish Association for the Promotion of Short Sea Shipping (SPC Spain), held its annual conference in the Port of Cartagena. The opening was attended by the Secretary of State for Development, Transport and Housing, Pedro Saura, the Minister of the Presidency and the Treasury, Javier Celdrán, the President of State Ports, Salvador de la Encina, and the Vice President of the Cartagena Port Authority, Pedro Pablo Hernández.

In recent years the traffic of goods transported worldwide has grown considerably, maritime transport is presented as a competitive option, including short-distance shipping that offers a service "door to door" and an option of collaboration with the road transport service offering a true intermodality along with railways. In this service the ship takes on the role of the motorway and congestion on European roads is avoided. Railways have the same relevance and in collaboration with the maritime mode for which the Port of Cartagena is preparing with investments to join the railway to Escombreras dock and to make available several Ro-Ro platforms for the embarkation of trucks.

The speakers at the conference stressed that the Port of Cartagena provides numerous possibilities as a logistical platform to connect Europe with the rest of the continents by sea. There are currently two short-distance lines, Containership and Sloman Neptun, operating on Ro-Ro traffic, offering regular connections to Northern European and North African countries.

Pedro Pablo Hernández, vice-president of the APC, said: "The Port's commitment to provide the necessary infrastructures and quality services in this area fulfils a dual objective: commitment to sustainability and opening up new business opportunities for our companies. If we analyse the change that the port of Cartagena has been undergoing over the last decade, we can see the importance of good planning, which has turned Escombreras into one of the main energy poles in the Mediterranean and a benchmark for industry".

The conference addressed issues such as the imminent 2020 challenge for Short Sea Shipping services; what does the road require from SSS in order to use it?; or innovation and technology at the service of a competitive and efficient SSS, as well as the main events in the national and international environment that influence the activity of Short Sea Shipping: environmental regulations, especially the upcoming entry into force of the one that limits the sulphur content in marine fuels as well as the steps taken so that Short Sea Shipping (SSS) has a differentiated consideration when establishing new European regulations as well as in the IMO, review of the European Directive on waste collection in ports, the European Single Maritime Window, or the advances in the regulation of the stevedoring service in Spain. 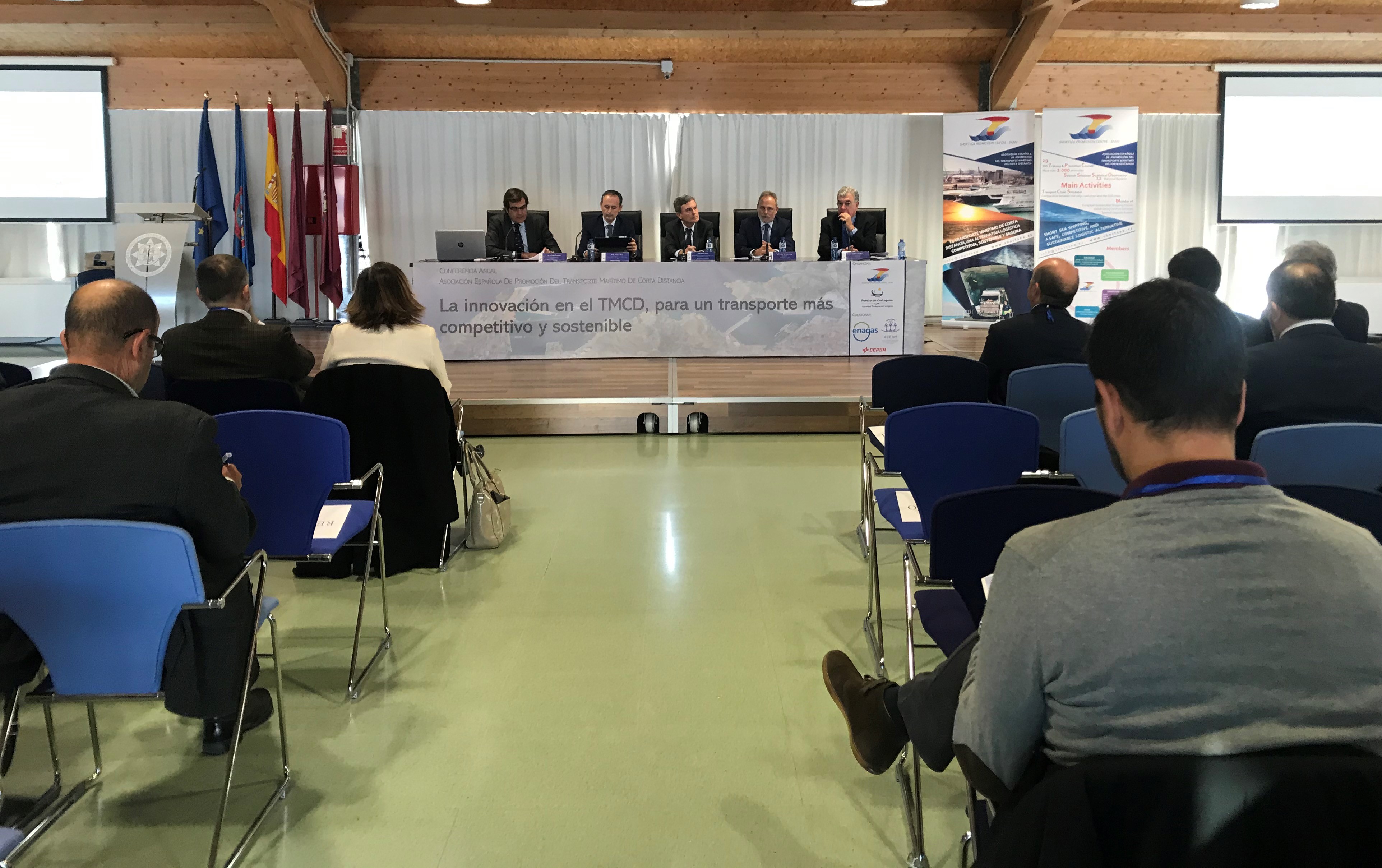