THE SHIP CELEBRITY INFINITY CALLS FOR THE FIRST TIME IN CARTAGENA

Cartagena, 14 October 2019.- The Celebrity Infinity,  belonging to the premier Celebrity Cruises company, docked at the Cartagena Cruise Terminal this morning on its way from Barcelona to Malaga.

Along with Arcadia, from the P&O Company, which arrived from Southampton and will depart for Corfu, it starred in a double stopover that left almost 4,000 tourists in the city. Throughout this year, 32 double stopovers are planned, of which 23 have already occurred.

To welcome the crew, as usual, the head of the Business Development department, Fernando Muñoz, along with a representation of Carthaginians and Romans handed over the metope of the Port Authority of Cartagena to the ship’s captain.

The Celebrity Infinity entered service in 2001; it is 294 metres long and can accommodate up to 2,046 passengers in cabins that are distributed along any of its 12 decks. The crew is made up of 997 people, who are fluent in French, English, Spanish or Italian. Decorated in fine wood, engraved glass and marble, it has panoramic windows, a central atrium, which rises above the 12 decks together with 10 elevators, many of them made of glass. Its facilities include eight restaurants, three swimming pools, one of which is covered, four hydromassage pools and a beauty salon.

In turn, the Arcadia is one of the most modern ships of the British shipping company P&O, with a marked British character: decorated with sobriety and being a ship that is exclusively for adults. With a length of 284 metres, it has a capacity for 2,000 passengers.

With regard to luxury ships in 2019, it is expected that almost a third of the stopovers made in Cartagena correspond to exclusive ships, doubling their number of stopovers. In 2018, the year in which this segment of cruise ships began to be consolidated, there were 26 stopovers, this year there are 56 planned. 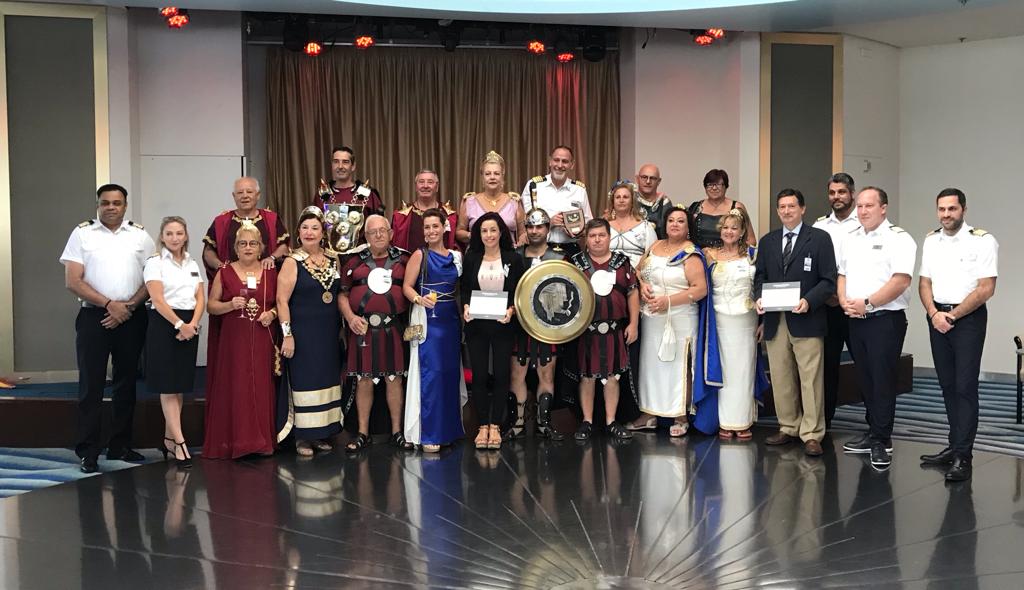