THE SHIP VENTURA VISITS US FOR THE SECOND TIME

Cartagena, 6 June 2019 - The ship Ventura with its more than 3,000 passengers, most of them British, arrived at the port of Cartagena in what is its second visit to the city. It arrived early in the morning from Gibraltar and will set sail for Marseilles in the middle of the afternoon. It has 4 stopovers planned throughout the year; the next will be in June, September and October.

The Ventura is owned by Carnival UK and is operated by P&O Cruises. The ship entered service in April 2008 and is one of the largest cruise ships built for the British market, with 116,017 tons, has a capacity for 3,600 passengers. It has fourteen decks, eight restaurants, six boutiques, five swimming pools and three show theatres, including the largest theatre on a British ship. It is intended to be family oriented and includes outdoor playgrounds and two family pools. 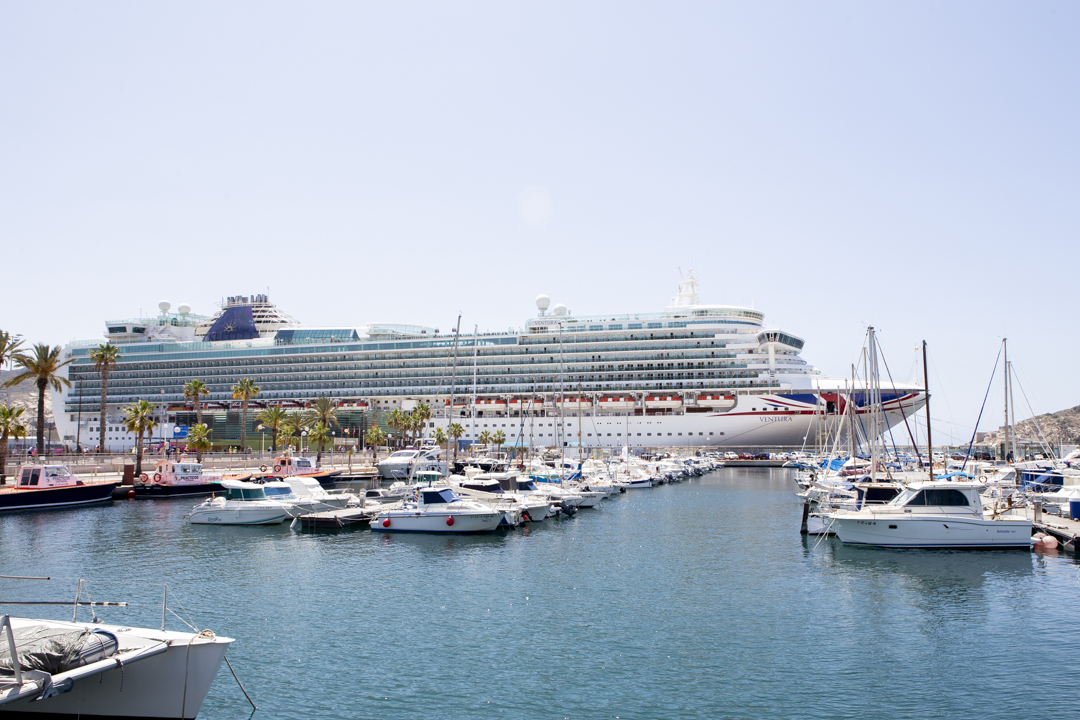