The Port brings 90,000 tourists to Cartagena from July to September on 50 cruise ships

Cartagena, 25 July 2019.- There will be 90,000 cruise passengers calling at the Port of Cartagena on fifty ships throughout the months of July, August and September.

Cartagena dock, the gateway to international tourism, will receive 28,000 tourists this July. Of these, today we received 3,500 on the double stopover of the Explorer of the Seas and Silver Shadow.

The Explores of the Seas, with a capacity for 3,800 passengers, is making its second visit to the city from Gibraltar and will depart this afternoon for Barcelona. As a peculiarity the ship also has an atmospheric and oceanographic laboratory operated by the University of Miami. On the other hand, the 308 passengers of the Silver Shadow, arriving from Palma, will leave at mid-afternoon for Valencia.

Tourist arrivals will continue in August. This month the Port will bring more than 28,000 passengers to which we must add the 23,500 of September. In total, between June and September, more than 90,000 tourists will arrive in Cartagena on 47 ships.

The cruise shipping companies with the greatest presence this summer are Royal Caribbean Cruises, which will bring in 10 cruise ships, followed by P&O Cruises with 7 ships.

As for stopovers by ships, this summer the Jewel of the Seas cruise ship leads the ranking, which will call four times, followed by Britannia, AidaStella and Wind Surf.

In the coming months the Port is expected to host five double stopovers, a triple on 17 September and the only quadruple of the year on 12 September.

One of the novelties of this summer will be the first visit of the MSC Poesía. It will stop in the city on 27 September. This first mooring adds to the sixteen other first visits we have this season and are an example of the intense work carried out by the Port Authority to maintain and increase this line of business, which provides its greatest benefit to local companies related to the services and tourism sector.

The Port Authority has managed to consolidate itself in the sector, becoming one of the main destinations in the south-east of Spain. Positioned as the eighth port of Spain in terms of cruise ships; this 2019 is expected to see the arrival of 240,000 tourists on board 165 ships. 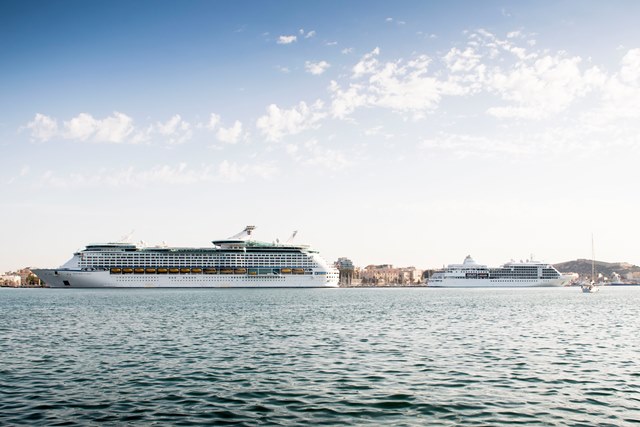