Head of the Information Systems and Communications Department of the Port Authority of Cartagena.

Among other companies, he has worked in the Fujitsu R&D Centre in Malaga and in PriceWaterhouseCoopers as part of the team that carried out one of the first computerisation projects of the Treasury Department of the Autonomous Community of Murcia. He was also part of the beginnings of the CESSER Informática company, specialising in DB and C programming.

The APC Collaborative Social Network project led by him was a finalist in the ASLAN Congress awards. The project of the new corporate website of the Port Authority, also directed by him, received the Prize for the best Leisure and Services Website in the 11th edition of the Truth Website Prizes held last March 2019.

He is responsible for the computer systems related to port operations and coordination with the Port Community (Customs, Civil Guard, National Police, Maritime Rescue, Maritime Captaincy, Consignees, Stevedores, etc.). He is currently working on the Digital Transformation projects of the Port Authority of Cartagena.

With an extensive experience of 25 years in his profession, he is collegiate number 3, founding member of the CIIRM and vice-dean from 1998 to 2000. 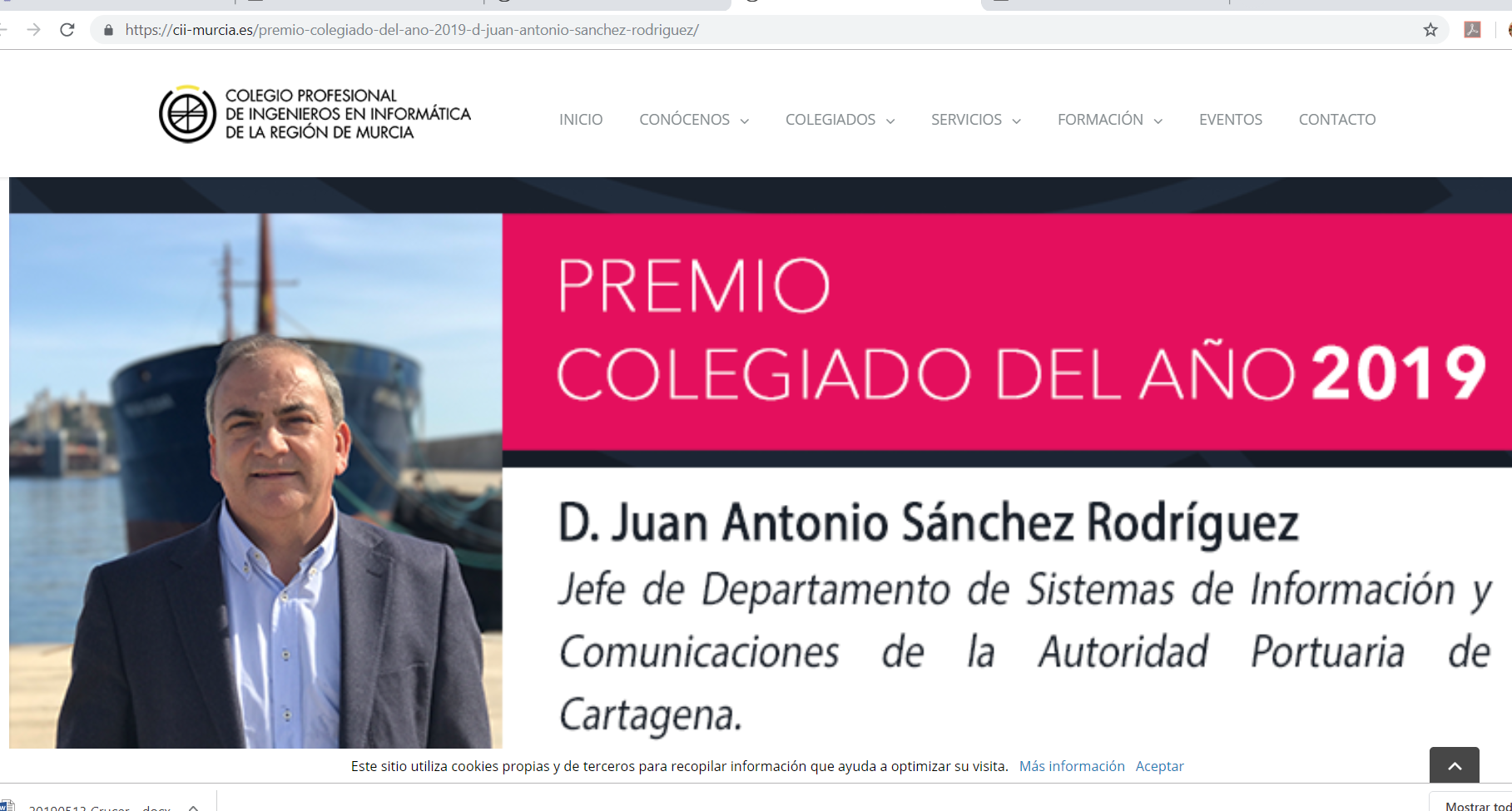