THE DRAFTING OF THE NEW MASTER PLAN IS AWARDED

Cartagena, 26 July 2019.- The Port Authority of Cartagena has recently awarded the drafting of the Master Plan for 145,000 euros to the UTE (joint venture) made up by the companies Técnica y Proyectos, Typsa, and Ocean Infrastructures Management, S.L. The project was tendered with a budget of 186,000 euros and 10 companies submitted their bids. The drafting of the new Master Plan will be carried out over a twelve month period and has the development of the Escombreras Dock as its main objective.

The study will include a diagnosis of the situation of the existing infrastructures, as well as their capacity, and a forecast of traffic evolution. It will also include the definition and determination of the different development alternatives in order to meet the future demand for port traffic. It will also analyse railway connectivity and operating and manoeuvring conditions at access points.

The increase in the traffic of cereals and other bulk, mainly solid, that the port of Cartagena has been registering, as well as the forecasts of future increases, mark the need to have new infrastructures with which to deal with a growing volume of movement of goods.

Last year closed with a movement of goods exceeding 33.8 million tons. Of these, 6.5 million corresponded to solid bulk, with an increase of 13.11%. The cargo mainly responsible for this has been for chemicals, bulk cement and cereals used in the manufacture of animal feed.

This significant growth in solid bulk, the loading and unloading of which takes place in the South and Multi-purpose docks, in a storage and operations area of 122,000 m2 and which is currently at 70% occupancy, has increased the demand for land by several companies. For this reason, in December 2018, the Board of Directors approved the terms and conditions of the public tender for the selection of a tender for the construction and operation of ships to handle and store solid bulk in the Multi-purpose Dock. This new concession corresponds to 22,000 m2 and increases the occupancy rate to 88%. 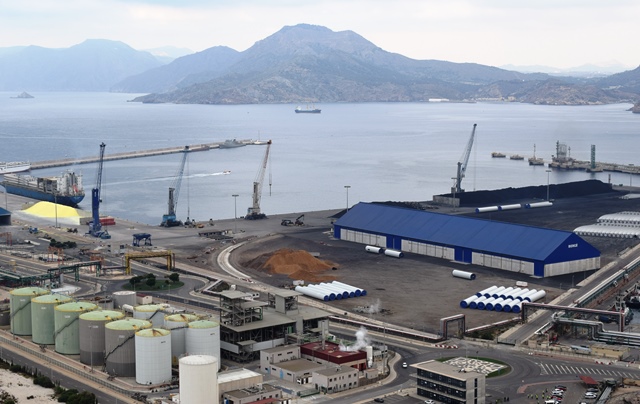