Cartagena, 6 November 2019 - So far this year, live exports through our facilities have grown almost 8% over the same period last year, already exceeding the figure of 538,022 head.

Live animal traffic is an initiative from the Port Authority in the framework of the strategy for diversification of markets with which to become a logistics platform at the service of companies in the Region.

For the vice president, Pedro Pablo Hernandez, "the initiative for the diversification of the traffic arises from committing to the regional economy and the strengthening of sectors such as the livestock sector, which is of great importance in the Region. This traffic, that of live animals which, in comparison with others, is not significant in terms of volume, has experienced strong growth thanks to this commitment and the good service provided not only by the Port Authority but also by the entire port community".

Since the Cartagena Port Authority launched this line of business in 2010, growth has been surprising, multiplying by 25 in eight years. We have gone from the 22,500 head of livestock that left our docks that year to 577,767 that did so in 2018. Hernandez has indicated that "the profitability of the port of Cartagena is to be a reference at European level in the transport of live animals, being at the forefront of the Spanish Port System in this sector.

"We must give priority to the general interest rather than to our income, and this is a clear example of this, because although it represents a small income for the port it does represent a great value for the national cattle and sheep industry, because exports are useful for them to sell surpluses and stabilize prices, and the export success is so great that there are farms preferentially dedicated to export," said the vice president.

The port’s live animal terminal has all the necessary services for inspection, animal health (veterinary) and customs, as well as a group of professionals to operate with this traffic. Its facilities comply with the provisions relating to animal welfare and the reduction of waste, being the first in Spain to have specific regulations for this type of traffic and pioneer in complying with the Animal Welfare regulations in force in the European Community.

The traffic of livestock is regulated by the European Community, and the vessels that carry this out are very specialised vessels, which have pens, silos for feed, storage areas for straw, and also have a system for changing the air to avoid problems arising from foul air. They also have shepherds- animal keepers among their crew, and health personnel who can meet any of the livestock’s veterinary type need.

The effort of the Port of Cartagena to continue growing in this sector is evident through participation in events as important as the SEPOR fair, which is being held right now in Lorca, and in which Cartagena shows its infrastructure and services for export to the Muslim countries of the Mediterranean, mainly Lebanon, Algeria, Tunisia and Libya.

During this week and coinciding with the SEPOR fair a delegation composed of representatives from the Chinese companies Qingdao Wanfu Group, Sunner Group, BJ Zhongtong Company and Qingdao Haiyujia Company have taken an interest in the export of livestock, as well as the Port facilities dedicated to the exchange of food products. This delegation is in the Region due to the reverse mission organised by the Lorca Chamber of Commerce within the framework of the foreign promotion plan of INFO and the Chambers of the Region.

In addition to the growth in the loading of live animals, which arrive in trucks from all over Spain to be loaded at the San Pedro dock, the Port Authority is carrying out the necessary works to transfer this traffic to the Príncipe Felipe dock in Escombreras in a way that will enable better treatment of the animals together with an easier loading, with pens that will make it easier. 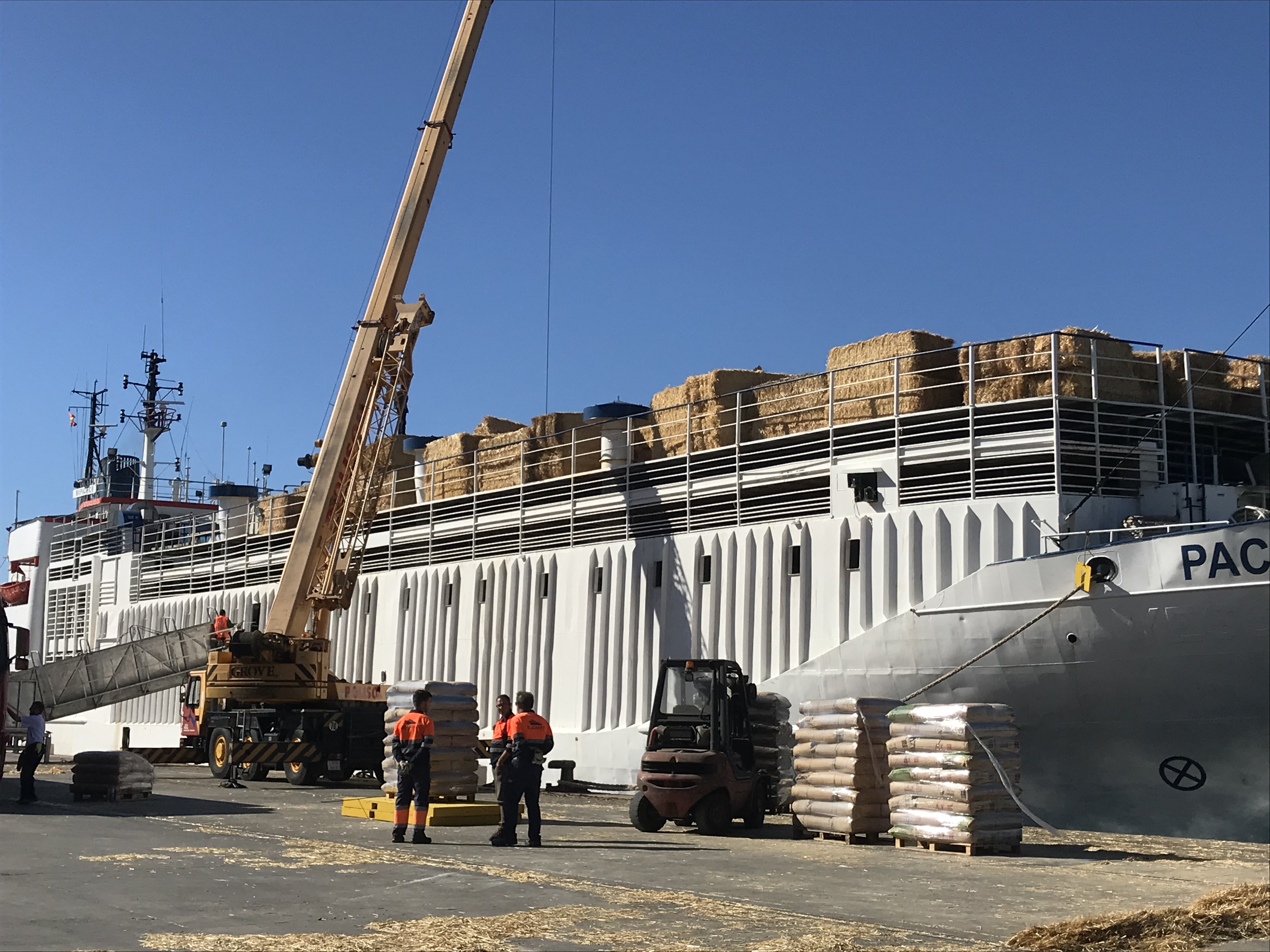