MORE THAN 10,000 TOURISTS ARRIVE AT THE PORT OF CARTAGENA IN THE FIRST TRIPLE STOPOVER OF CRUISE SHIPS THIS YEAR

Cartagena, 10 May 2019 - The first of the four triple stopovers planned for 2019 took place this morning. The first to arrive early in the morning were the Norwegian Epic, with a capacity for 5,000 passengers, and the Norwegian Star, with 2,800 passengers and calling in Cartagena for the first time.

Both cruise ships are part of the Norwegian Cruises Line fleet, which started up in 1979 when it acquired the transatlantic ship SS France to turn it into the first official ship of the fleet. 100 million dollars were spent on its reconstruction, and at the time it was the largest cruise ship in the world. Little by little the fleet has grown and it currently has a total of 17 ships sailing practically all the seas of the planet.

One of the characteristics that distinguishes Norwegian Cruise Line from the rest of the shipping companies is the popular concept of Freestyle or cruising as you wish; as it is a pioneer in this modality.

A little later, the third cruise ship, Marella Discovery 2, made its entrance. This ship belongs to the shipping company Marella Cruises, formerly Thomson Cruises; it is considered to be one of the largest companies in the sector. Under the British cruise line operated by TUI UK, this giant of the tourism industry continues to commit to Cartagena in the same way the previous company did. In fact, it is the only one that, for 20 years, has continuously brought cruise ships to the city. This season alone, Marella Cruises is expected to make 10 stopovers with 20,000 passengers on board.

This week the Port of Cartagena has been the busiest in cruise activity for the year, with 12 ships and 23,000 passengers. During May 40,000 cruise passengers are expected on 26 ships, which together with the crews, will amount to more than 50,000 tourists in Cartagena in one of the months with the most activity.

Of these ships, 4 will call in Cartagena for the first time. The Marella Dream, with capacity for 1,533 passengers did this on Sunday; next Friday the Norwegian Star will arrive with 2,813 passengers in the first triple stopover of the year; Crystal Esprit and Disney Magic will dock in the following weeks. 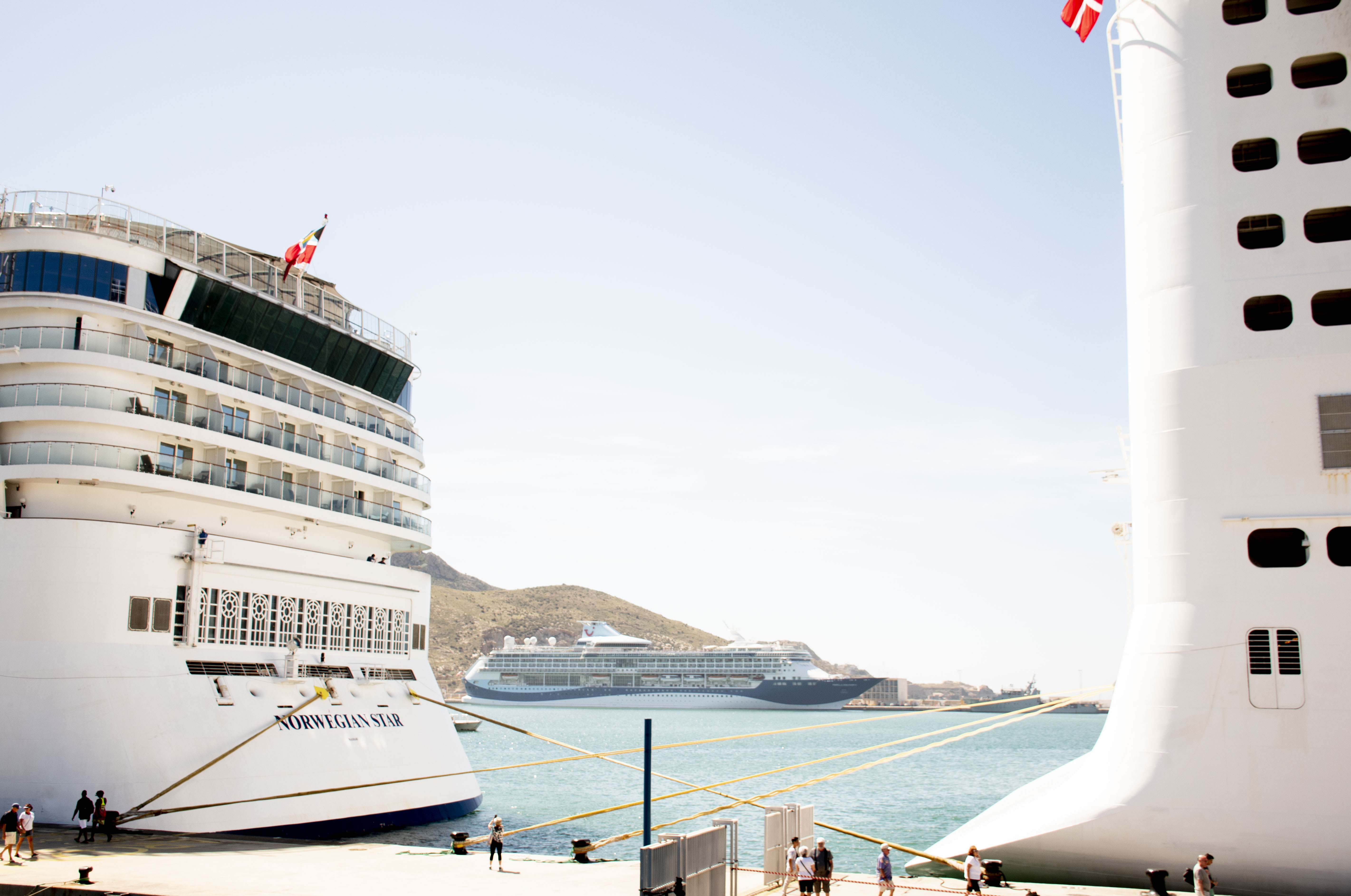