Cartagena, 23 September 2019.- This morning the headquarters of the Port Authority of Cartagena hosted the presentation of the 4th edition of 10k Port of Cartagena Race, which will take place on Saturday, 5 October, starting at 6 p.m., with start and finish in the Port of Cartagena, specifically in the vicinity of the Cruise Terminal.

The race, organised by the Port Authority of Cartagena and Club Runtritón in collaboration with the Department of Sports of the City of Cartagena, up to now has more than 1,000 participants registered and this edition will have some novelties such as that for the first time, the race will enter San Pedro quay, with a route between the containers and the edge of the dock, under the cranes. Or the change of the non-competitive race for hikers, which is carried out independently of the rest of the races, in the morning, with an 8 kilometre route; it will have three points where Juan Ignacio Ferrández, official chronicler of Cartagena, will tell anecdotes and unknown facts of the different buildings of the route.

Pedro Pablo Hernandez, vice-president of the Port Authority of Cartagena, stressed the solidary nature of the race, which will allocate the profits obtained to Asociación Pablo Ugarte, "this is an initiative that confirms the Port's commitment to social responsibility actions. We also want to join Agenda 2030 by contributing to the SDG (Sustainable Development Goals), specifically with number 3 "Health and Well-being" and a good way to promote it is through actions that have an impact on citizens, such as the 10K "Port of Cartagena” race.

In the last edition €12,000 were raised, which were destined to APU. This year this amount is expected to be exceeded, so the APC has involved the entire Port Community, through sponsorships, to continue moving forward with the aim of the 10k Port of Cartagena race becoming a benchmark in the Spanish port system in terms of Corporate Social Responsibility.

The race for children will begin at 6 p.m., while the complete race of approximately 10km will start at 7.00 p.m. The 3k race - cadet and juvenile - will start at 7.02 p.m. together with the non-competitive test for athletes with functional diversity.

The races cost €10 for the 10k and hikers, €5 for 3k cadet and juvenile and €3 for the races for minors (children, youngsters, juniors). The race for participants with functional diversity will be free of charge. A zero row has also been established for those who wish to make a donation without taking part in the sporting event.

All the information about the race is available on its official profile and on the website of C.D. Runtritón Cartagena and at https://10kpuertodecartagena.es. 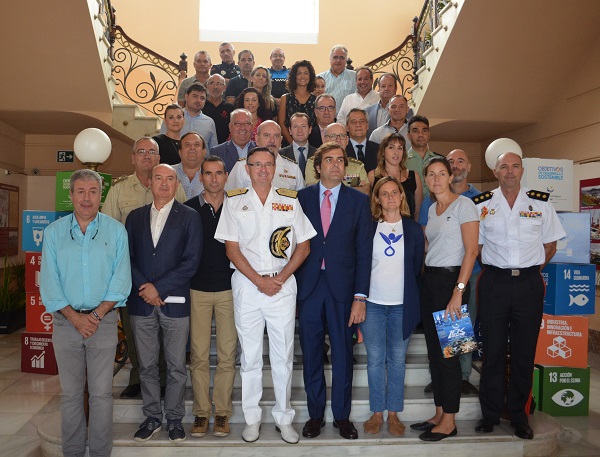