Cartagena, 17 December 2019.- Yolanda Muñoz has taken office as the new president of the Cartagena Port Authority in a ceremony held this Tuesday, 17 December, at the headquarters of the Cartagena Port Authority. Presided over by the Head of the Regional Executive, Fernando López Miras, she has been supported at this event by the Government delegate, Francisco Jiménez, and civil and military authorities, as well as by representatives of companies of the Port Community and by Port workers.

During her speech, she expressed her gratitude for the trust placed in her to occupy the position, which for the first time in Cartagena will be held by a woman. "This is a stage for unblocking management, of collaboration with the Town Council, of results, because by joining forces we are going to make a city of progress," Muñoz said.

It is in increasing new opportunities that the new president defined the majority of the strategic challenges for the institution. "My main challenge is to connect the port by land, sea and air, to connect it with the Mediterranean Corridor, which will allow us to adapt the current production model to the needs and challenges of the future, connecting our economy with that of the rest of Europe" added the president.

The lines of work proposed by Muñoz for the institution are focused on continuing the work carried out and working especially in generating synergies with the International Airport of the Region of Murcia, logistics nodes and other means of transport, as well as with the off shore industry, without forgetting sustainability and innovation.

Another of the marked challenges is to make the port front a great main square of Cartagena, with new urban uses and the scene of great events "we are going to develop, complement and direct an important leisure-sports-maritime project to make Cartagena more open, which will become the stage for integration coexistence".

In turn, the head of the autonomous Executive, Fernando López Miras, stressed that "the Port of Cartagena and the development of the major projects linked to it must lead the progress of the entire Region of Murcia and Spain.

He also stressed that the port "is a whole in Cartagena", and referred to different sectors involved such as fishing, sport, tourism and knowledge and research through the Polytechnic University.

With regards to the new president of the Port Authority, Yolanda Muñoz, López Miras he highlighted that "we know that she will be up to the task, because nobody will be able to surpass her in work and professionalism as she has an inexhaustible capacity". Thus, he said that "it is a real satisfaction, of course, to see women who have earned it with their efforts to be at the head of such unique institutions", and he added that "for the first time, it will be a woman who now has this responsibility and who responds to merit, capacity and commitment, and not to a quota".

To conclude, López Miras also wanted to thank the former President of the Port Authority, Joaquín Segado, for his work, as well as the work that Fermín Rol and Pedro Pablo Hernández have carried out provisionally for a few months in the Port Authority.

After taking office, Yolanda Muñoz has received support from institutions in the city as well as from the Region and from workers at the Port of Cartagena. They all wanted to welcome her and show their commitment to ensure that port work continues actively contributing to the social and economic development of the city and the Region. 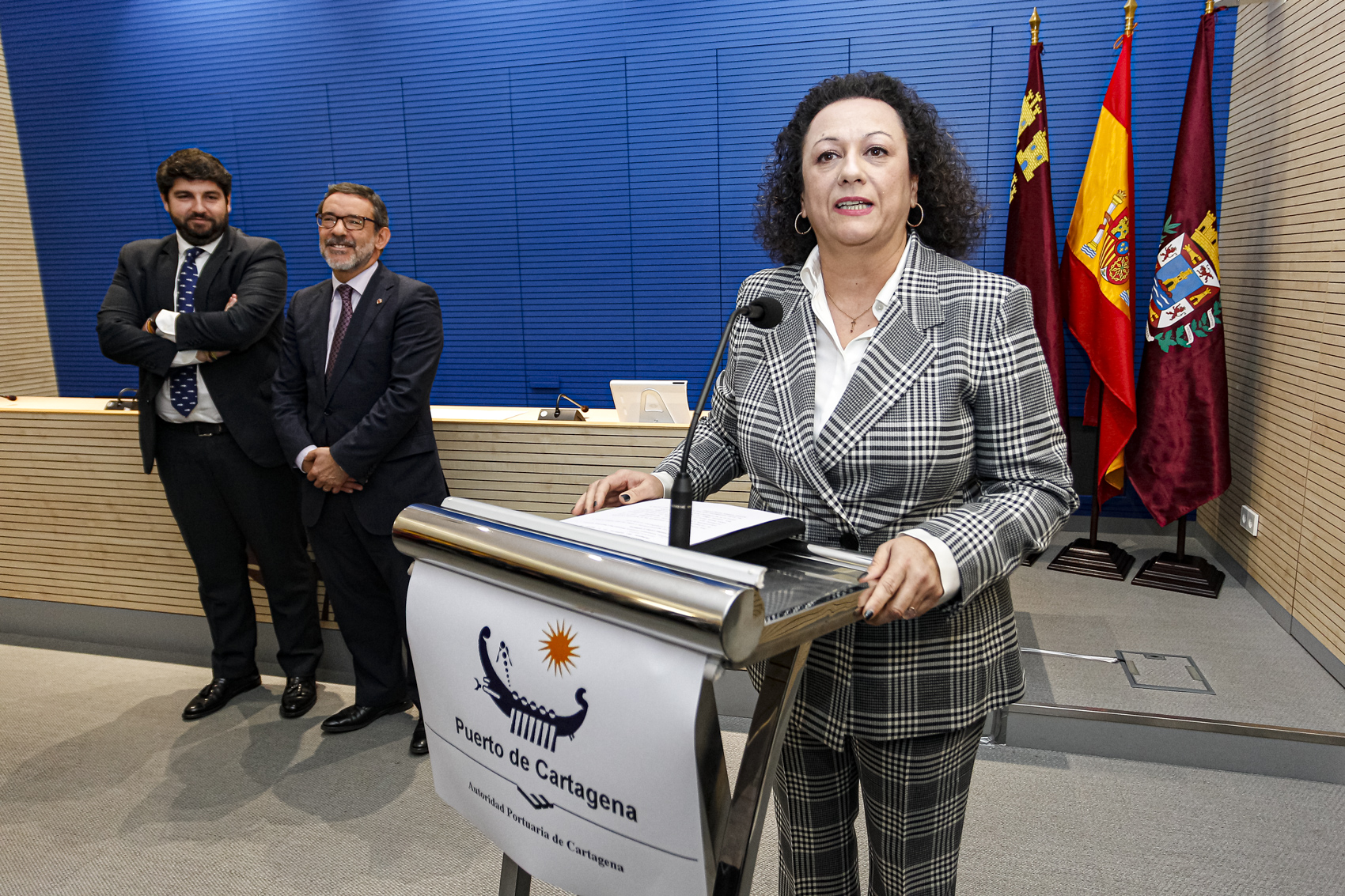